Benidorm is a coastal town and municipality located in the comarca of Marina Baixa, in the province of Alicante, Valencian community, Spain, by the Western Mediterranean. It is mostly known for its white sandy beaches, unmatched nightlife and prospering daytime beach culture. Nicknamed the “Manhattan of the Costa Blanca”, Benidorm has many skyscrapers, which were built as a result of its tourist-oriented economy. In the center of the city lies the historic Old Town that still retains many of the original buildings in tiny narrow streets. The Old Town has the old church of San Jaime, a maze of cobbled streets, traditional style white houses, captivating pavement cafes and lively tapas bars. There are three major beaches namely Levante beach, Poniente beach and Mal Pas beach, offering the high quality standards for their visitors. Benidorm also boasts four theme and water parks namely Terra Mítica, Terra Natura, Aqualandia, and Mundomar. Being approximately an hour drive north from the city of Valencia, Benidorm is served by Alicante International Airport (ALC). 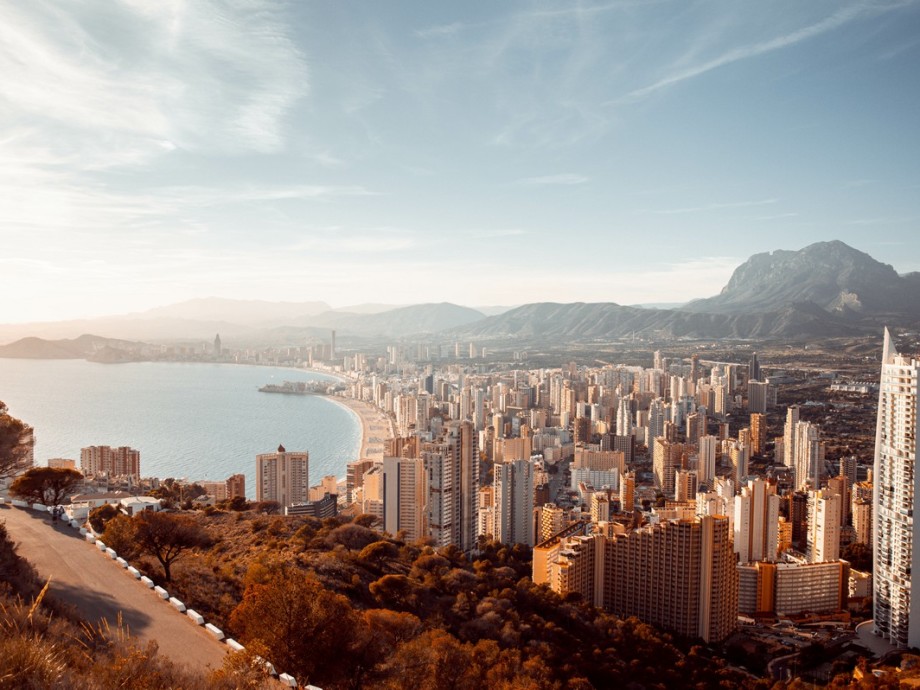