Mercury Jets is an on demand air charter provider specializing in private jet charter and services in Birmingham, UK. Our team is composed of industry-leading professionals dedicated to providing our customers with the ultimate air charter experience. We are committed to safety, reliability, and white glove customer service. To obtain a charter quote tailored to your specific needs, please fill in the request form or call our agents 24/7 at +1-212-840-8000.

Birmingham is the second-largest city in Britain, situated in the West Midlands, England. It was known as the “city of a thousand trades” and “the workshop of the world” after the Industrial Revolution in England. Although Birmingham’s industrial importance has declined, it is an important commercial, economic, conferences, and retail center and an established high-tech, research and development sector, supported by its three Universities.

When you rent a private jet to Birmingham, you’ll see that this friendly city is rich in emerald parks and gardens, lovely channels and different styles of architecture. Cannon Hill is the largest and most well-liked park in Birmingham. Since its founding in 1873, it has expanded to include 32 hectares of the mainland and 48 hectares of forest. There are many things to do besides having a picnic on the grass or strolling by the lake. Take pleasure in the five tennis courts, have a bowling tournament, or enjoy a round or two of miniature golf with your friends.

Temples in Birmingham are sure to pique your interest if you admire the Gothic architecture, particularly large stained-glass windows and medieval architecture. If you want to get into the spirit of old England, you should book a private jet to Birmingham and go to St. Laurence’s Church in Northfield, St. Edburgha’s Church in Yardley, or St. Martin’s Church on the Bull Ring in Birmingham. Both the neo-Gothic St. Chad’s Cathedral and the Baroque St. Philip’s Cathedral, from the early 18th century, are essential visits for anybody who appreciates architectural history.

Another famous sight that will capture your attention once you’ve chartered a private jet to Birmingham is the Bullring Birmingham shopping center, which is famous in the city and the entire United Kingdom. Customers are drawn in not only by the abundance of shops and boutiques, but also by the innovative architecture of the building itself, which has the appearance of a wave and is topped with a glass roof and aluminum disks dispersed throughout the building’s perimeter.

Birmingham’s Jewellery Quarter is also a famous tourist destination, home to 40 percent of the United Kingdom’s jewelry manufacturers. Several streets in the neighborhood are filled with jewelry shops, and there is even a museum dedicated to the industry. And if you want to taste one of the best wines, book a private jet to Birmingham and visit Loki Wine Merchant, which has won eleven prestigious awards over the past two years.

Other most famous places of interest you should visit with a private jet to Birmingham are the National Exhibition Center, Royal Ballet, Birmingham Museum&Art Gallery, Victoria Square, Aston Hall, Town Hall and Symphony Hall, Soho House, Cadbury World, and many others. In addition, a number of fine museums, art galleries, superb theaters, cinemas, and great shopping, make Birmingham an enjoyable destination for visitors from all over the world.

Booking a private flight to and from Birmingham, customers can choose from five airports to land near the city. The city is served by Birmingham–Shuttlesworth International Airport (BHM / KBHM), which is located only a few miles from the city center. 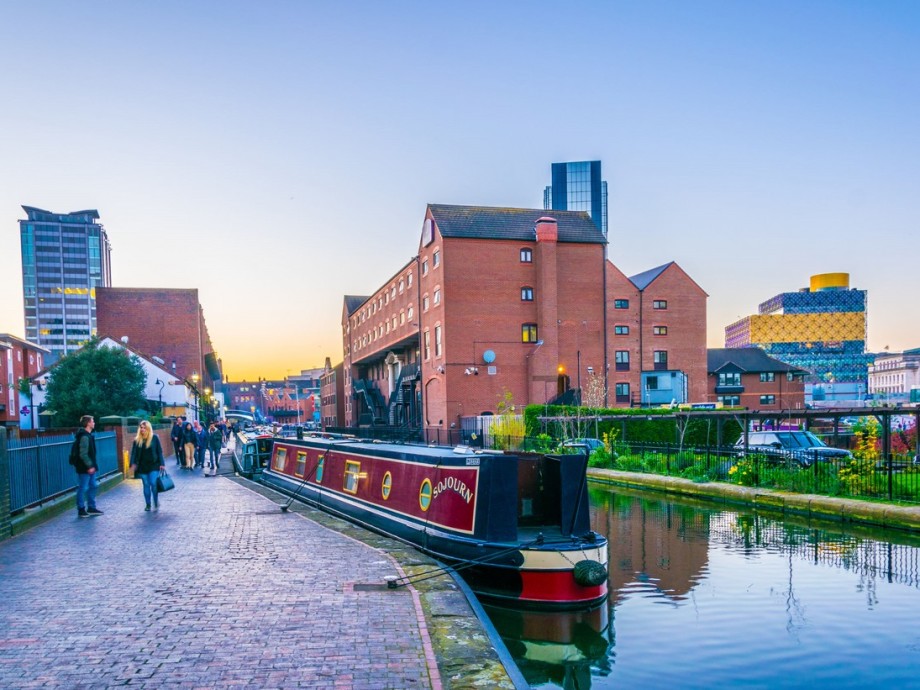 How much does it cost to charter a private jet to Birmingham?

The cost of a private jet charter to Birmingham can vary widely and depends mostly on the size and capacity of the aircraft. To get an idea of how much a private jet to Birmingham would cost, you can either give us a call or use our online calculator to estimate the price.

Here are some prices to cost charter a private jet to Birmingham:

Which aircraft should I choose for Birmingham private jet?

Mercury Jets have access to an extensive network of private aircraft and provide modern, reliable jets with highly trained and experienced flight crews on board, making a private flight to or from Birmingham an ideal option for a vacation or business trip. Choosing an aircraft for a private charter flight to Birmingham is based on the non-stop range, the number of passengers, comfort level, and the runway size.

When you hire a private jet to Birmingham with Mercury Jets, we take care of all your needs, from on-time boarding to providing comfortable seats that fit perfectly into any budget. Additionally, charter flights to Birmingham for conferences, meetings, special events, or group charter flights can be arranged on regional and VIP airliners.

How to book my Birmingham jet charters?

When you charter a private plane to Birmingham, you can fly whenever it is most convenient for you. You can book Birmingham private jet flight on our website, complete the form, or call us. Knowing the exact number of passengers and the optimal time to depart is essential. After that, we can arrange a private flight to Birmingham and customize the rest of your trip to your specifications.

Are there any luggage restrictions or guidelines on Birmingham private jet?

When you charter a private jet to Birmingham, you can bring practically as much luggage as you like. The actual limit, however, is determined by the size of the aircraft.

How far in advance do I need to make a Birmingham charter flight reservation?

We recommend giving our agents a minimum of four hours notice if you wish to rent a private plane to Birmingham. In that case, we’ll be able to provide you with the most suitable aircraft for your trip.

Popular activities in Birmingham for travelers to private jet

Charter a private aircraft to Birmingham, a city that offers a lot of excitement for you. The best cultural activities in Birmingham: