Mercury Jets offers private jet charter services to and from Bradford, UK. Bradford is a very convenient city to fly into with its own airport, the Leeds Bradford Airport (LBA), and also with 12 airports located within just 50 miles. The nearby airports are Dishforth Airport (EGXD), Linton On Ouse Airport (HRT) and Church Fenton Airport (EGXG), which are all 30 miles from the city. The most popular aircraft types are a light jet including Premier I, Citation Bravo, Citation CJ2, midsize jets including Hawker 800 XP and Citation VI, and large jets including the Legacy 650, Challenger 604 and Falcon 2000.

Located 8.6 miles west of Leeds, 29 miles southwest of York and 32 miles northeast of Manchester, Bradford is a city situated in West Yorkshire, historic county of Yorkshire, northern England. It is an industrial city with economy based on financial services, tourism, retail, textiles and wool, engineering, digital media, chemicals, information technology. The city of Bradford is home to the University of Bradford, Bradford College and Shipley College. With its gorgeous sceneries, fascinating history, scenic and cultural attractions, and a rich industrial heritage, Bradford was awarded the prestigious title of UNESCO City of Film in 2009. The most famous places of interest include the Colour Museum, Industrial Museum, National Media Museum, Bolling Hall, Alhambra Theatre, Cartwright Hall, Bradford Cathedral, and Priestley Centre for the Arts. There is a short drive from the city to a beautiful rolling countryside, which possesses two World Heritage Sites namely Saltaire Village and the twelfth-century Fountains Abbey. Bradford is the ideal place for business and corporate meetings, events and conferences, and is home to the ALCC Centre, the largest conference centre in West Yorkshire. 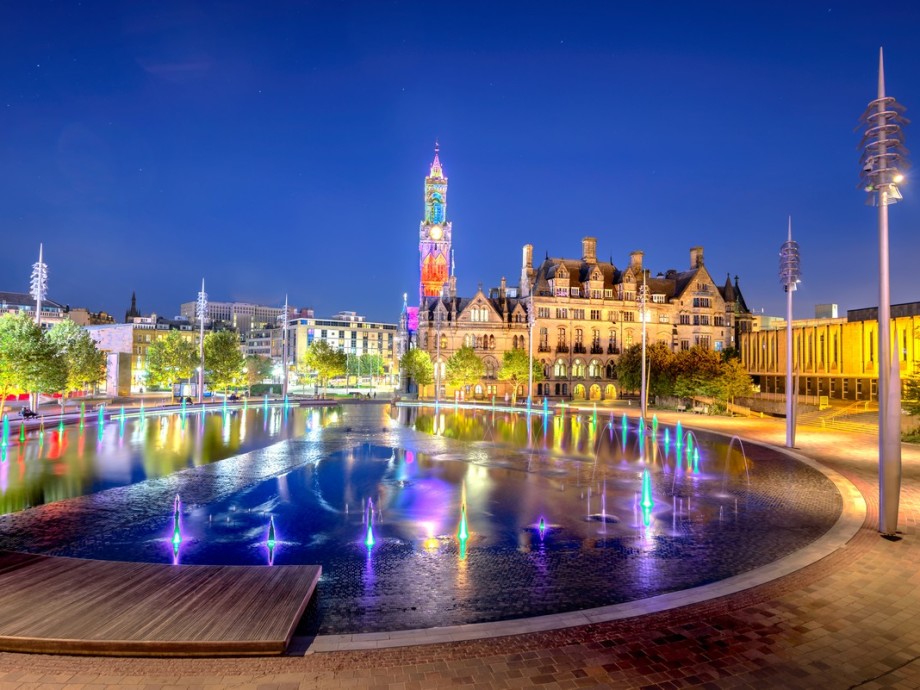