About Derby and Things to Do

Situated 56 km north-northeast of Birmingham, 83 km southeast of Manchester and 98km south of Bradford, Derby is a city located on the River Derwent in the East Midlands of England. It began as a Roman fort, and developed in the late eighteenth and nineteenth centuries as a centre for the silk industry and then a major railway terminus. Now Derby is an industrial city and administrative centre with a diverse economy based on a wide range of industries including engineering, chemicals, paper, textiles, plastics, and financial services. The city of Derby is home to the headquarters of several large companies including Bombardier, Toyota Motor Manufacturing, Transportation UK, Rolls-Royce Plc, East Midlands Trains, Delta Rail, Atkins Rail, Interfleet Technology, and Balfour Beatty. With an enchanting historical and cultural heritage, breathtaking landscapes, unique market towns and villages nearby, Derby is a perfect place for both business and leisure travelers from all over the world.

The most famous places of interest are the Pride Park Stadium, Derby Arboretum, Royal Crown Derby Factory, Derby Industrial Museum, Derby Cathedral, St. Helen’s House, Derby Market Hall, Kedleston Hall, and St. Mary’s Church. There are also many events and festivals all year round including Summer Beer Festival, the “Prom in the Park”, Derby Walking Festival, Derby Feste Fringe, September Flower Festival, Dine in Derby and many others. Derby is one of the UK’s most central cities with a well developed system of transportation that provides its tourists easy access to the city or other destinations around the United Kingdom. Chatsworth, 3 National Trust properties, and the beautiful Peak District National Park are all within an hour drive away from Derby’s city center. 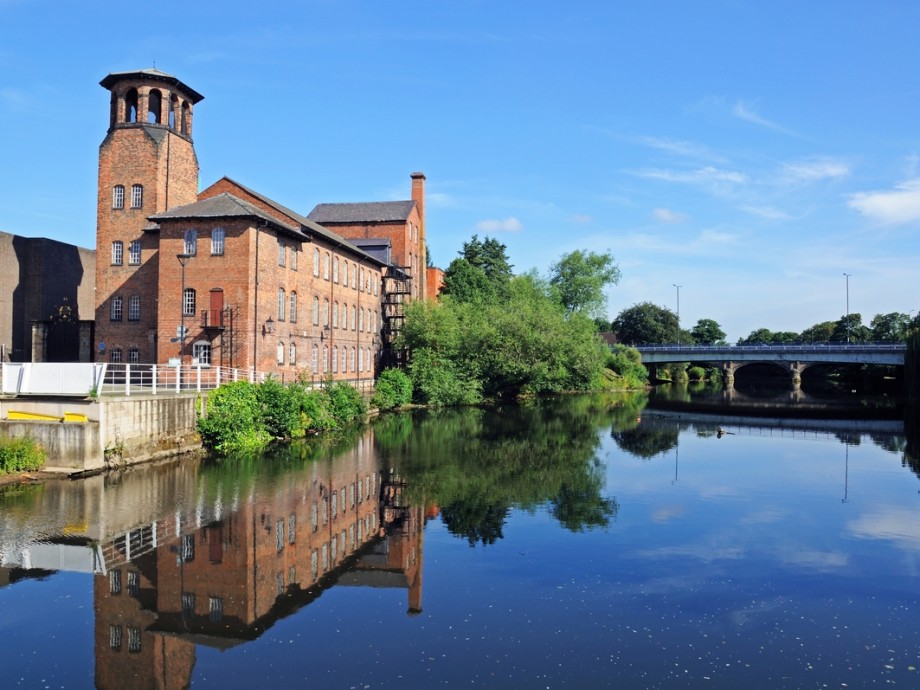