Charter to and from Lakeland Linder Regional Airport

Located 5 miles southwest of the city of Lakeland, Lakeland Linder Regional Airport is a public use airport in Polk County owned by the city of Lakeland. The airport is categorized by the National Plan of Integrated Airport Systems as a reliever airport for Tampa International Airport and a national airport. Lakeland Linder Regional Airport hosts an annual air show called the Sun ‘n Fun International Fly-In and Expo, making it the second largest airport in the world during the week of Sun ‘n Fun.

The airport has a rich history and boasts a host of the world-class facilities. There are two asphalt paved and one turf runways. There are also 240 aircraft based on the field, such as gliders airplane, helicopters, jet airplanes, multi-engine airplanes, and single-engine airplanes. The major aircraft operations include local general aviation, transient general aviation, commercial, air taxi, and military. 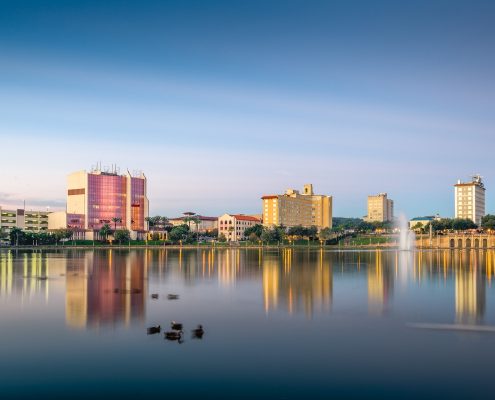 There are no hotels near Lakeland Municipal Airport within 70 miles