Mercury Jets offers private jet charter services to and from Marseille, France. Located on the Mediterranean Sea, Marseille is the second most populated city and the largest port of France. It is one of France’s cosmopolitan, dynamic and popular cities attracting visitors from all parts of the world, especially from other European countries. Being one of the oldest European cities, Marseille is renowned for its distinctive culture, ancient heritage, strong traditions, and warm hospitality.

About Marseille and Places to Visit

An idyllic port city located in southern France, Marseille’s white limestone cliffs, the Calanques, attracts leisure travelers worldwide. The Calanques and Calanque d’ En Vau, a national park with a cove and clear turquoise waters, can be reached on a boat tour. Marseille’s coastline can be explored on a stroll along La Corniche. The walkway passes by Frioul Archipelago, a group of four islands, and the towers of the Château d’If, a fortress in the bay. The fortress gained fame when it became a setting in the popular novel The Count of Monte Christo.

Marseille’s most popular landmark is the Notre-Dame de la Garde, a church that began service in 1864. Le Corbusier’s influential Cité Radieuse complex is an architectural landmark. After the second world war, the architect was tasked with designing buildings to rehouse those who the war had displaced. Le Panier, located north of the Old Port, is one of Marseille’s newest trendy neighborhoods, but it is one of the oldest in the city, first inhabited by the Greek colony of Massalia. Other old neighborhoods worth exploring are Noailles and La Plaine. A modern, cutting-edge museum opened in Marseille in 2013. MuCEM celebrates the diversity of Mediterranean culture by incorporating exhibitions of art, photography, and culturally significant artifacts.

Marseille Provence Airport (LFML) is located 17 miles (27 km) northwest of the center of Marseille. Empty legs and transient aircraft are extremely popular in the region. 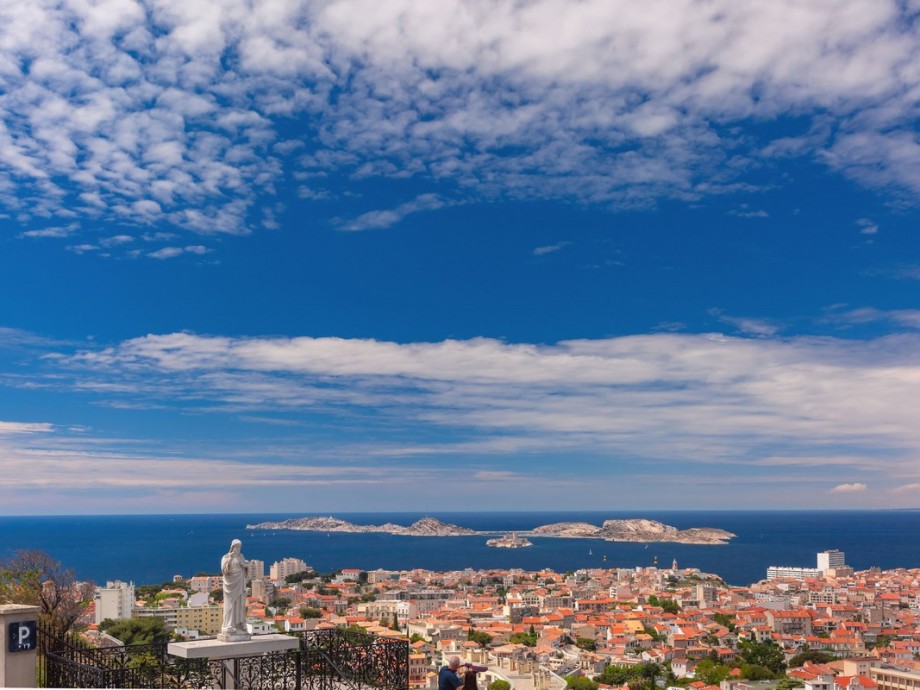