Mercury Jets is an on demand air charter provider specializing in private jet charter and services in Port of Spain, Trinidad and Tobago. Our team is composed of industry-leading professionals dedicated to providing our customers with the ultimate air charter experience. We are committed to safety, reliability, and white glove customer service. To obtain a charter quote tailored to your specific needs, please fill in the request form or call our agents 24/7 at +1-212-840-8000.

Mercury Jets provides private jet charter flights to and from Port of Spain, Trinidad and Tobago.

Let’s have a look at the city’s history before chartering a private jet to Port of Spain. The city was founded in the 16th century by the Spanish conquerors, who established the city on the site of the ancient Indian settlement of Conkerbia. Later it was included in Britain’s territorial possessions. But finally, after the independence of Trinidad and Tobago in August 1962, Port of Spain was declared its capital.

Booking a private jet to Port of Spain will show you that the city’s architecture is a fusion of Christian, Islamic, and Hindu cultures. Therefore, it is not surprising that you can meet a Christian cathedral, a Muslim mosque, and Hindu temples in one street here. Port of Spain’s most famous sights are the Catholic Cathedral, built in 1832, the Anglican Cathedral, built in 1816-1823, the National Museum, National Archives and Art Gallery. The city has the Royal Botanical Garden Savannah with an extensive collection of exotic plants.

Also, MovieTowne is an excellent place for families, shopping, and entertainment; guests can enjoy watching a movie theater or strolling through the many stores and boutiques. And the movie theater itself is equipped with modern curved screens and comfortable seating. The following landmark location, Stollmeyer Castle, is located on the west side of Royal Savannah Park. Therefore, if you decide to book a private jet flight to Port of Spain, be ready to explore the city all day long.

The exterior resembles an ancient fortress, is part of the so-called Magnificent Seven, and is suitable for exploring the region’s history. In the center of Port of Spain is the Red House, the seat of Parliament of the Republic, built in the Greek Revival style and is a historical monument of the country. Other attractions in the capital are Independence Square, Park Magnificent Seventeen, and the Cathedral of St. Trinity.

It is better to consider the weather when renting a private jet to Port of Spain. The average temperature in January is +26 degrees, while in July it is around +27 degrees. From January until May is the dry season. During the rainy season (June to December), the city frequently experiences intense tropical rainstorms and severe storm winds.

Book Your Private Jet Charter to Port of Spain

Booking a private flight to and from Port of Spain, customers can choose from two airports to land near the city. Piarco International Airport (POS, TTPP) is a significant public airport, 16 miles from downtown Port of Spain, ideal for landing private ships. 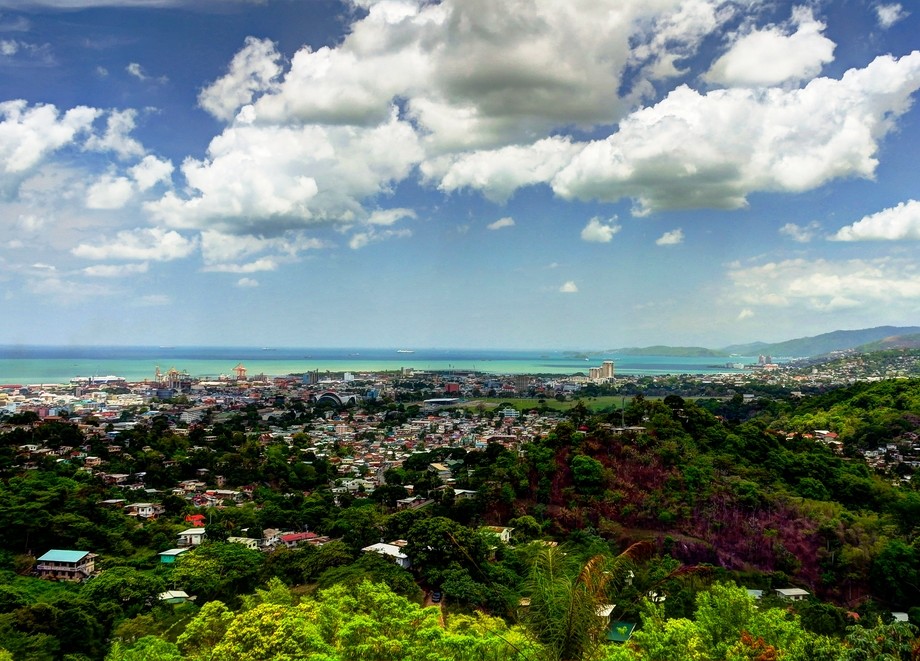 Weather for Port of Spain

Charter FAQ About Private Jet to Port of Spain

How much does it cost to charter a private jet to Port of Spain?

Here are some prices to cost charter a private jet to Port of Spain:

Which aircraft should I choose for the Port of Spain private jet?

Mercury Jets have access to an extensive network of private aircraft and provide modern, reliable jets with highly trained and experienced flight crews on board, making a private flight to or from Port of Spain an ideal option for a vacation or business trip. Choosing an aircraft for a private charter flight to Port of Spain is based on the non-stop range, the number of passengers, comfort level, and the runway size.

How to book my Port of Spain jet charters?

A Port of Spain jet charter may be booked in some ways. You can, for instance, fill out our online form and call or email us. Another key factor is the number of passengers and the departure time. Once you’ve completed these steps, our specialists will arrange your private jet charter to Port of Spain.

Are there any luggage restrictions or guidelines on Port of Spain private jet?

How far in advance do I need to make a Port of Spain charter flight reservation?

If you need to charter a private jet to Port of Spain, please contact us at least four hours in advance. Then, we will provide you with the best plane you need.

Popular activities in Port of Spain for travelers to private jet

Booking a private jet to Port of Spain will give you plenty of impressions. The city is surrounded by exciting attractions and nature reserves, attracting tourists from all over the world, and it is an excellent and safe place for a wonderful vacation. The best cultural activities in Port of Spain: