Mercury Jets is an on-demand air charter provider specializing in private jet and turboprop charters in Saint Pierre and Miquelon. Our team is composed of industry-leading professionals dedicated to providing our customers with the ultimate air charter experience. We are committed to safety, reliability, and white glove customer service. To obtain a charter quote tailored to your specific needs, please fill in the request form or call our agents 24/7 at +1-212-840-8000.

About Saint Pierre and Miquelon and Places to Visit

The island state of Saint-Pierre et Miquelon is located in the noisy waters of the Atlantic Ocean. But, then, this territory is controlled by France, and today it is home to about six thousand people.

The modern territory of Saint-Pierre-et-Miquelon was inhabited by people in the Neolithic period and has not received the gifts of civilization for a long time. However, for those tourists who came to enjoy nature, the unusual landscapes of the island will open a world of northern beauty with a vast population of birds, a rugged coastline, and the remnants of the birch forest.

At the northern end of the harbor of Barachois lies the administrative and industrial center of the state, the city of Saint-Pierre. Charles de Gaulle Square is considered the city center, where the Old Fountain and several government buildings are located. Southwest of the central square is the Heritage Museum, with an extensive collection of artifacts and the State Archives Museum. On the southeast side of St. Pierre rises the picturesque Gallantry Lighthouse.

Miquelon is situated in another part of the archipelago and has within it several smaller islands, between which the salt lagoons have formed. The only significant settlement here is a small village surrounded by high dunes. 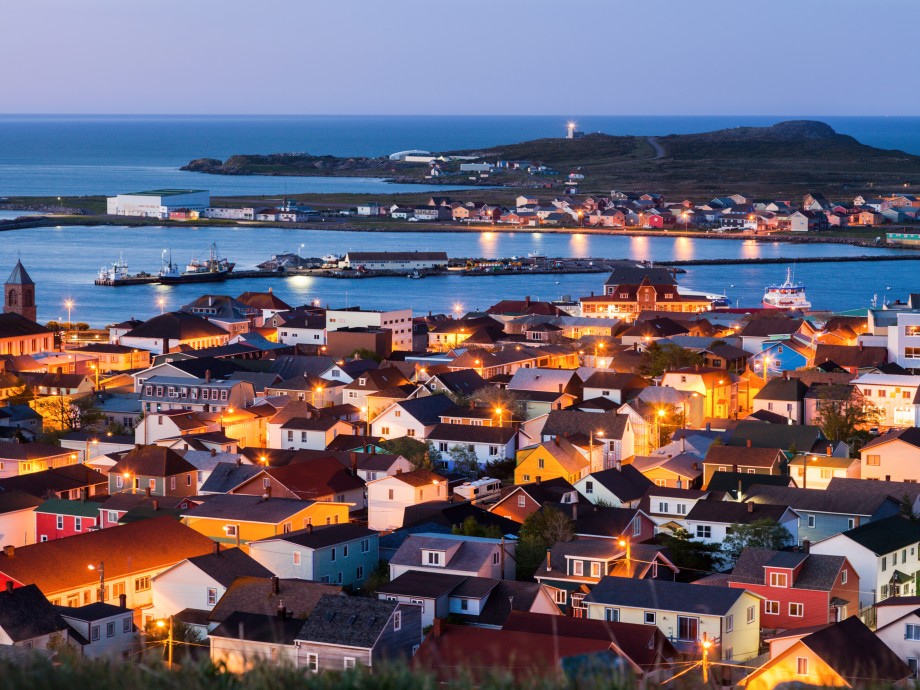 AIRPORTS IN SAINT PIERRE AND MIQUELON

WEATHER FOR SAINT PIERRE AND MIQUELON