The term “de-icing” in regards to aviation, refers to the removal of snow and ice that builds up on aircraft in cold conditions. De-icing can often lead to delays and additional cost, but as passenger safety is of the upmost importance it is a crucial step in ensuring a safe trip. The wings and tail of aircraft are designed and manufactured to precise specifications with exact shapes made to optimize lift, performance and control.

When snow and ice start to collect on the surfaces of the airframe it starts to alter the way air flows past it disrupting the aerodynamics of the aircraft. Lift, along with stability and control are greatly reduces as a result. De-icing rigs are specially designed vehicles that are used to spay the airframe with de-icing chemicals. The chemicals are broken down into two categories, anti-icing fluid and de-icing fluid, both with distinct properties.

De-icing fluid is a mixture of propylene glycol and hot water that is sprayed under pressure to remove all ice and snow from the aircraft. Often the liquid is colored orange, to indicate where it has been already been applied. The downside to de-icing fluid is that it has only a limited ability to prevent ice and snow from reforming. If the outlook prior to take off shows that ice or snow could reform, then anti-icing chemicals must be used instead, because not only does it eliminate snow and ice but it also stays on the airframe for much longer and prevents them from building up again. 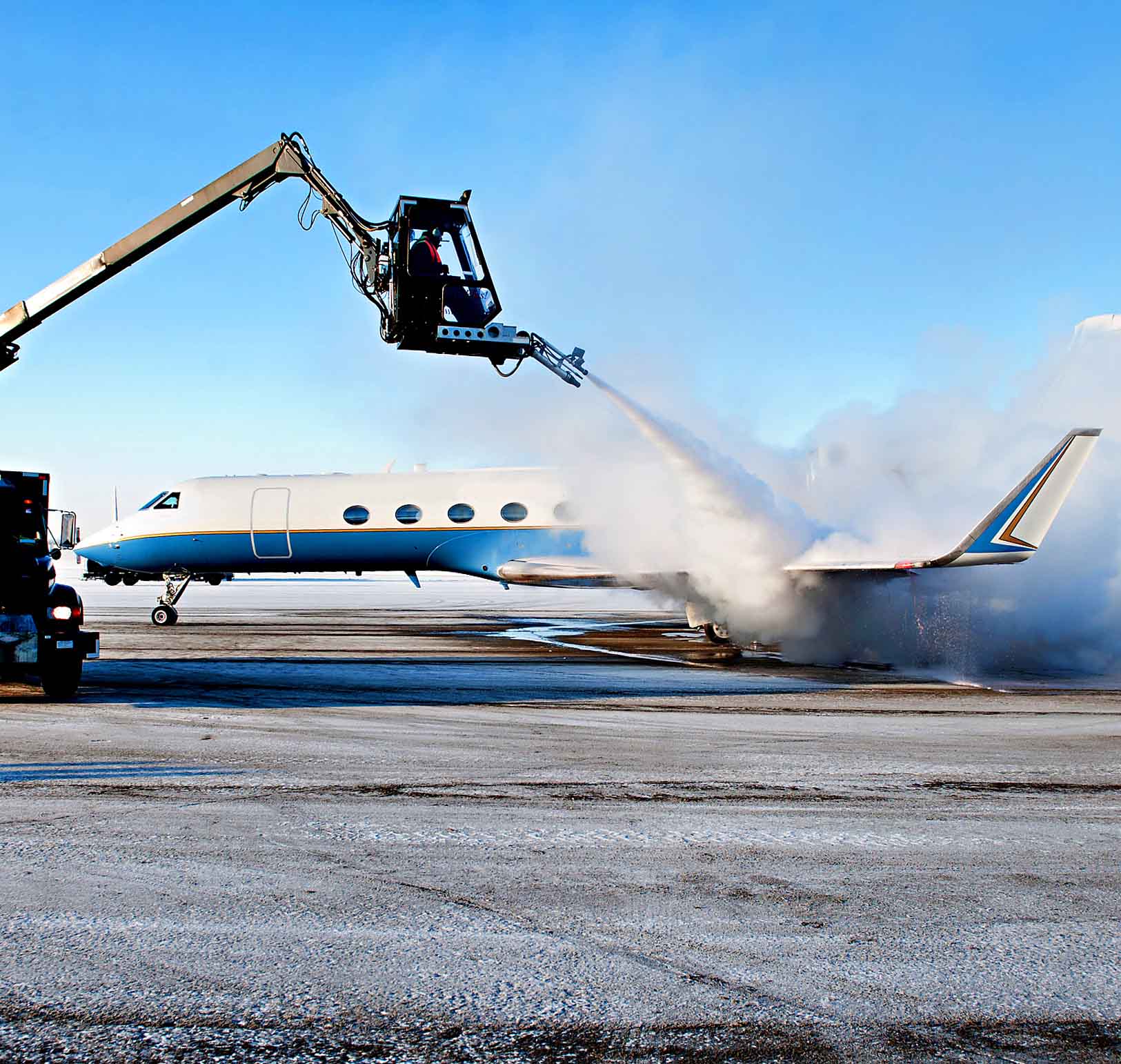