How Birds Can Affect an Air Travel?

In most cases “bird strikes” can’t cause a problem for an aircraft. Aircraft manufacturers always use bird-strike simulators to ensure engines can survive the take-in of a bird or any other animal. But even if a bird strike damages an engine, it doesn’t mean a crash will happen. Commercial planes are designed to fly with one engine, and all pilots are well-trained to fly them with only one engine operable. If an engine is down, the pilot adjusts the rudder on the plane’s tail to create an opposing force to point the nose toward the operable engine, and adjusts little flaps on each wing that control the plane’s “roll” to compensate the imbalance.

How often do bird strikes cause crashes?

Rarely. According to the ASN (Aviation Safety Network), from 1955 to 2007, birds caused 51 commercial accidents, but Military losses are much larger… The International Bird Strike Committee estimates 283 military aircrafts losses caused by bird strikes between 1959 and 1999. “Bird strikes” cause approximately $1.2 billion per year in damage, delays, and cancellations.

How to reduce bird strikes?

Airport staff usually use “flare guns” that to scare birds away. They try to make the environment close to the airport bad to wildlife by removing trees and killing nearby vegetation with chemicals.

No worries, most pilots are trained for “water ditching”, a so called controlled emergency descent on water. When close to the water, the pilot has to understand how the swells are forming and try to land either parallel to the swells, on the top or back side of a swell. A very important thing is that the landing gear should not be lowered, since the drag would create a more forceful landing than otherwise.

Where is it safer to crash: land or water?

If there`s a choice, pilots should descend on land. The only reason is that at 200 mph, the surface tension of the water will be the same as asphalt, but it will be more difficult to rescue the passengers. 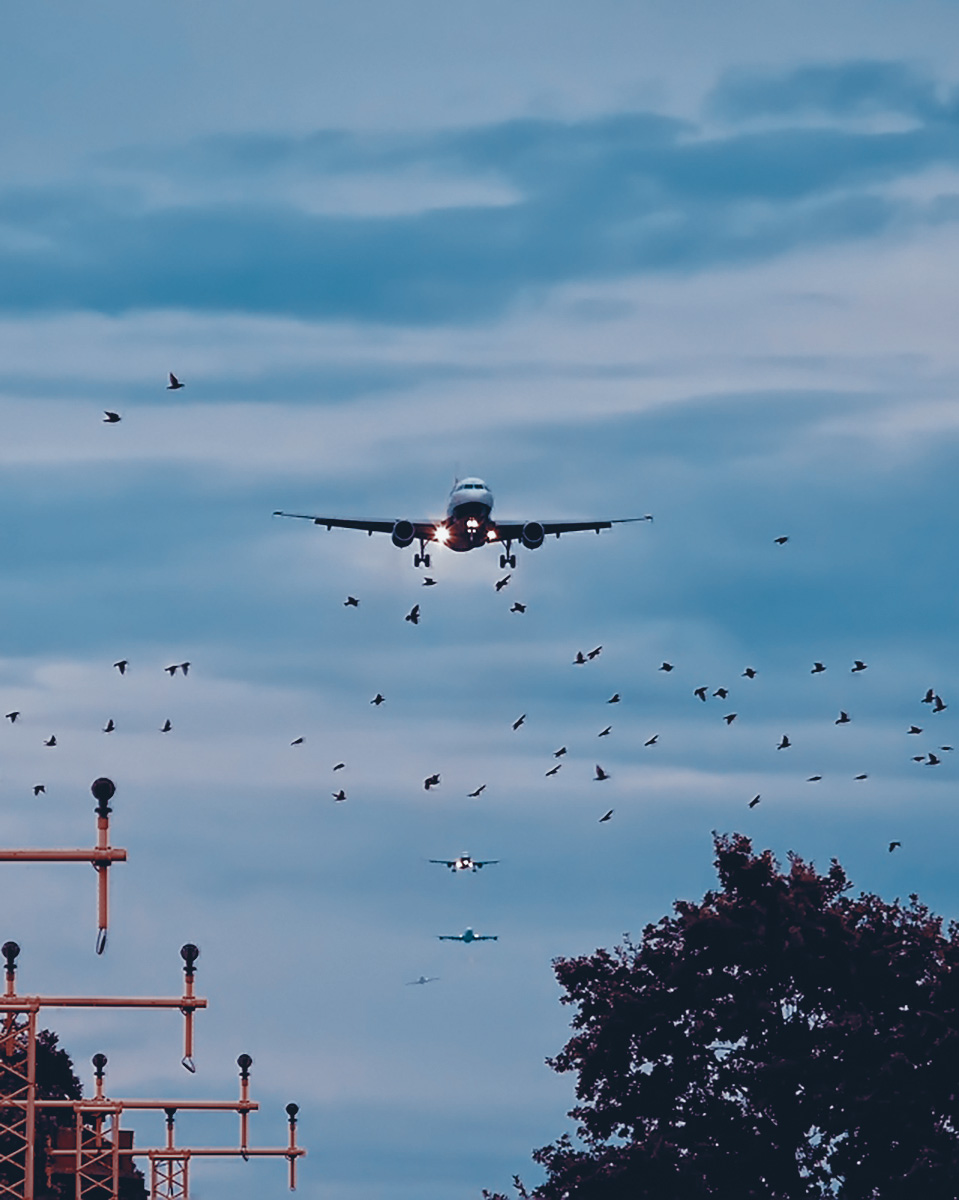