In central Florida is the city of Orlando, which is world-famous for the largest amusement and recreation parks in the area. It is one of the biggest tourist destinations, with an estimated 52 million tourists per year. The stunning scenery and unique attractions are right on the doorstep for Orlando charter flight travelers. There are several traditional advantages to private aviation customers. Chartering a private jet to Boston will provide privacy and comfort for each passenger in your group.

When booking your private jet charter services from Boston, 5 primary airports serve the Orlando area. The most in-demand are:

Airport Distances and Flight Times from Boston to Orlando

Super Midsize jets including the Challenger 350, Hawker 1000, and Citation X+ are selected by private charter clients for the charter route from Boston to Orlando.

Bombardier’s Challenger 350 is in line with many other winning solutions in terms of range and fuel consumption. It is one of the most comfortable solutions for flights over 3,250 nm and allows passengers to relax on group charter flights from Boston to Orlando.

The Hawker 1000 twin-engine, super-midsize aircraft is well known for its comfortable cabin and ability to fly nonstop from coast to coast. The aircraft is perfectly equipped with ample space to move around, rest or work while flying.

The Citation X+ has twin turbofan engines and is the fastest business jet in service. It is suitable for comfortable long-haul flights and has a spacious cabin with leather seats, high-speed Internet, and the ability to control the flight using simple commands on the touch screen.

The Lear 60 is capable of carrying 8 passengers for distances of 2,675 mi. It occupies an important place in the mid-size segment and is characterized by improved flying performance.

The Citation Excel/XLS business jet is a modern high-performance aircraft. The cabin consists of eight leather seats in a two-seat club layout. Also, communication and internet systems are on board for the most comfortable midsize private jet to Orlando flight.

The Hawker 800XP can carry up to 8 passengers up to 2,955 miles. Furthermore, it is considered one of Hawker’s most successful aircraft. The aircraft has improved performance and boosted systems. Each seat in the Hawker 800XP cabin is fully adjustable and can turn 360 degrees.

Light jet options for private charters from Boston to Orlando include Phenom 300, Citation M2, and Premier 1A.

The Phenom 300 aircraft from Brazilian aerospace company Embraer is hugely popular because of its ability to carry up to 8 passengers 1,971 nm in maximum comfort without transferring. It is also among the best light jets, offering one of the largest luggage compartments in its class.

The Citation M2 light jet is high-performance, featuring a new cabin layout and a more efficient turbofan engine. Also, the Citation M2 can reach high speeds of 404 ktas in a short time and travel distances of 1,550 nm. It is considered one of the best choices among Orlando private jets.

The Premier 1A light business jet from Hawker Beechcraft is one of the largest in its class and covers distances of 1,131 nm without refueling. The aircraft’s compactness and modernity make it suitable for the small airport for landing.

How much does a private jet cost from Boston to Orlando?

The estimated cost of a private jet to Orlando from Boston (one-way) is as follows:

For the fastest way to start a private flight to Orlando from Boston, get in touch with our consultants. Orlando is known for its great weather, well-developed recreational infrastructure, and a wealth of nature. The beautiful old architecture and unique history also attract a large number of air charter travelers to Orlando each year. 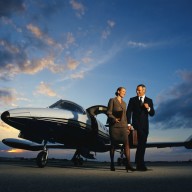 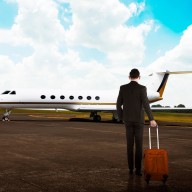 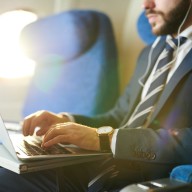 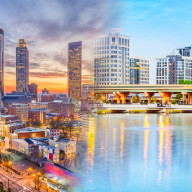