This popular private air charter route flies non-stop to the Durango, CO in the Four Corners region, one of the most famous tourist spots in the U.S. for fine dining, nightlife and world-class entertainment. Durango is also home to a thriving business community with many domestic and international businesses.

Distances and flight times shown in the charts above should be considered as estimates only. One nautical mile is equal to 1.1508 statute miles.

Private Charter Jet Options for a Fort Lauderdale to Durango

The Citation X+ can fly at a top speed of 700 miles per hour, covering the route from Fort Lauderdale to Durango faster than any other business jet.

The design of the Bombardier Challenger 350 is configured for performance and passenger comfort with a range of 3,200 miles and a wide cabin with a flat floor and convenient baggage storage areas inside the cabin.

The Dassault Falcon 50EX cabin offers ultra-comfortable seating for up to nine people. The cabin configuration is designed for work or relaxation with fold-out tables that can be stowed easily. The wide cabin offers ample space for a divan and extra luggage space. The cabin also features 14 large windows to allow for natural light in the cabin.

Midsize jet options for private jet charters from Fort Lauderdale to Durango include the Hawker 850XP, Cessna Citation XLS+ and the Learjet 60XR.

The Hawker 850XP represents the ultimate performance and comfort of the midsize class with a range of 2,642 nautical miles, digital entertainment and Wi-Fi for in-flight entertainment.

The takeoff performance of the Citation XLS+ is among the shortest takeoff distances in the midsize class, providing the capability to operate out of smaller regional airports.

Light jets offer a cost-effective charter option configured for speed and efficiency and seat up to seven passengers comfortably. Popular light jet choices include the Learjet 75, the Beechcraft Premier 1A and the Phenom 300.

The Learjet 75 is configured for speed, utility and comfort with a top speed of Mach 0.80 with a range of more than 2,040 miles. A state-of-the-art cabin entertainment management system includes six personal touchscreen monitors that can be stowed or deployed as needed.

The Beechcraft Premier 1A can transport up to six passengers in one of the largest cabins in its class with plenty of cabin space to move about the cabin during the flight comfortably.

Embraer’s Phenom 300 has a range up to 1,971 nautical miles. The Embraer Phenom 300’s cabin elegant design features comfortable seating thoughtfully configured for productive meetings or relaxation. With a generous baggage capacity, charter clients will have everything they need for their stay in Durango. 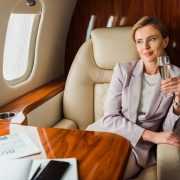 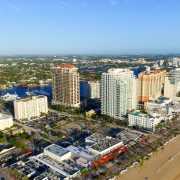