Among the most popular museums in Key West is the former home where famous author Ernest Hemingway lived for ten years and wrote 70% of his lifetime works.

The Mel Fisher Maritime Heritage Museum has a collection of artifacts from the Nuestra Señora de Atocha, the Almiranta, the rear-guard vice-flagship of the 1622 Spanish fleet. One of the richest Spanish galleons ever to set sail, the Atocha was lost to the reefs in a hurricane along with eight other ships of the 28-ship fleet between the Dry Tortugas and the Florida Keys. The Atocha’s artifacts remained on the ocean floor until they were recovered 363 years later by Treasure Hunter Mel Fisher and his family.

When booking your private air charter service from New York to Key West, one primary airport serves the area:

Cessna’s Citation Hemisphere will deliver on every aspect of performance and utility. Whether your private charter flight requires productive spaces for business meetings or relaxation, the Citation Hemisphere has a three-zone cabin configuration that provides the most generous space in its class. Large windows let natural light into the cabin while offering spectacular views from 35,000 feet.

The Gulfstream G450 represents the speed, versatility and enhanced cabin amenities that define the best in private flying. Entertainment features include CD/DVD/VHS players connected to two large LCD screens and headphones at each seat integrated with the state-of-the-art cabin entertainment system.

The Dassault 8x includes more than 30 layouts designed to accommodate the most exacting charter requirements. Passenger connectivity is simple in this Wi-Fi environment, equipped with the signature FalconCabin HD+ cabin management system.

Super Midsize jet options for private charters from New York to Key West include the Hawker 1000, Falcon 50EX and the Cessna Citation Sovereign.

The Hawker 1000 is a favorite amongst private jet charter clients for the jet’s quiet, comfortable cabin and extended range capabilities.

Cessna’s Citation Sovereign provide clients with a superior experience for the flight to Key West with an option to select from six interior cabin design options. Cessna’s designs are inspired by the Old World with earthy organic textures and inviting warm or cool color palettes.

Midsize jet options include the Hawker 850XP, Citation XLS+ and the Learjet 60XR. Midsize jets typically seat up to 9 passengers.

The Hawker 850XP typically seats up to 9 passengers. The jet features digital entertainment, a galley and Wi-Fi for in-flight entertainment. The jet’s performance features include a fast climb rate and a range of 2,642 nautical miles.

Another popular member of the Cessna family of jets, the Citation XLS+, can take off in 3,560 feet which makes this jet a standout in the midsize class with its ability to takeoff from shorter runways and climb to cruising altitude in just under 15 minutes.

Private jet clients select the Learjet 60XR for its combination of the best of technology and comfort for safe flight travel. The cabin is configured with a four-seat club and two additional forward-facing seats, providing more than adequate space for business or enjoyment of a variety of entertainment options during the flight to Key West. 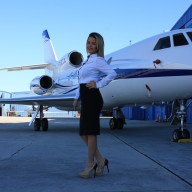 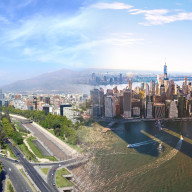 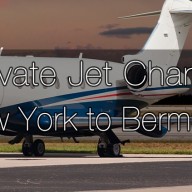 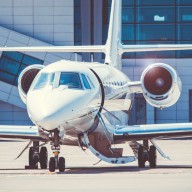