Seattle is referred to as the “Emerald City” because of its location in the Hoh Rain Forest on the Olympic Peninsula. Located on the Puget Sound in the Pacific Northwest, Seattle is famous for its lively Pike Place Market, and the expansive beauty of the great outdoors that can be explored in Olympic National Park and Mt. Rainier National Park.

When booking your private air charter service from San Diego (SAN) to Seattle, three primary airports serve the area include:

Seattle Tacoma is the primary commercial airport serving the metropolitan area of Seattle. The airport is located a short distance of only 14 miles from the city, allowing for convenient access to Downtown Seattle.

King County Internationalis among the busiest primary non-hub airports in the U.S. Only five miles from Seattle, this airport is convenient but ranks among the most active in the region.

Distances and flight times shown in the charts above should be considered as estimates only. A single One (1) nautical mile is equal to 1.1508 statute miles.

Heavy jet options for private charters from San Diego to Seattle include the Embraer Lineage 1000, Falcon 900 LX and the Cessna Citation Longitude.

The Embraer Lineage 1000 can accommodate up to 19 passengers in comfort. Embraer’s efficient design divides the cabin space into five sections with an optional bedroom. With ample baggage capacity and a walk-in cargo area, passengers can rest assured they will have everything they need for their stay in Seattle. An enhanced noise reduction system in the cabin allows pilots to monitor and control noise, enhancing passenger comfort.

The Falcon 900 LX is favored by clients flying from San Diego to Seattle who prefer the jet’s many performance advantages, including the ability to take off and land at airports other jets can’t access. The Falcon 900LX’s spacious cabin provides three areas for work, rest and relaxation.

With its coast-to-coast range, Cessna’s Citation Longitude provides a superior charter experience for the flight to Seattle. Clients can select from six interior cabin design options. An evolution of contemporary interior cabin design, Cessna’s designs are inspired by the Old World with earthy organic textures and inviting warm and cool color palettes.

Super Midsize jet options for private charters from San Diego to Seattle include the Hawker 1000, Falcon 50ex, and the Citation X, among others.

Midsize jet options include the Hawker 850XP, Citation XLS+ and the Learjet 60XR.  Midsize jets typically seat up to 9 passengers.

With the addition of winglets in the 850XP modeled the overall performance was improved by creating a more aerodynamic aircraft, the 850XP can climb to 39,000 to reach a comfortable cruising altitude and has a range of 2,642 nautical miles.

A member of the high-performing Cessna family of jets, the Citation XLS+, has the capability to take off in 3,560 feet, one of the shortest takeoff distances of any jet in the midsize class. The jet can climb to a comfortable cruising altitude in just under 15 minutes.

Private jet clients select Bombardier’s Learjet 60XR for its combination of the best of technology and comfort for safe flight travel. The cabin is configured with a four-seat club and two additional forward-facing seats, providing more than adequate space for business or enjoyment of a variety of entertainment options during the flight to Seattle. 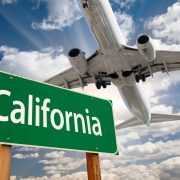