Mercury Jets is an on-demand air charter provider specializing in private jet charter and services in Southampton, United Kingdom. Our team is composed of industry-leading professionals dedicated to providing our customers with the ultimate air charter experience. We are committed to safety, reliability, and white glove customer service. To obtain a charter quote tailored to your specific needs, please fill in the request form or call our agents 24/7 at +1-212-840-8000.

About Southampton and Places to Visit

One of the oldest and strategically important cities in England is Southampton, in Hampshire, known since Roman times. Together with the neighboring city of Portsmouth, it forms a large agglomeration of 1.1 million people. Through the city in the old days was the main flow of goods to France, Southampton by the 20th century finally established its role as a foothold in the southern borders of England, it was from Southampton that the ship Titanic, famous from the movie, set off on its tragic voyage. Today it is one of the largest English ports and industrial centers. Southampton has several cycling routes and many walking paths.

Walking through the bustling center of Southampton between modern buildings, tourists suddenly come across a structure from past centuries, Bargate, where the city’s northern border was located. Bargate was the main gate through which merchant caravans passed daily to the port. It is one of the few surviving parts of the city wall, and the building has been restored and given over to a modern art gallery. Southampton generally has a good selection of art galleries, such as the Millais, which hosts temporary exhibitions of contemporary artists and designers. The John Hansard Gallery combines contemporary painting and photography.

The Medieval Market House is one of the few surviving buildings of its kind, like the Tudor House was built in the late 15th century, the house is now under restoration, but tours are still taken there. Excursions to the Museum of Archaeology will be interesting, showing the city’s development from Roman times to Victorian times. And the next Maritime Museum will tell the history of the local docks and their importance to the United Kingdom in antiquity and today. There’s an express sailing course for active sports fans, and once a year, Southampton often hosts local club soccer matches at St. Mary’s Stadium.

Southampton Airport (SOU, EGHI) is one of the largest airports in terms of passenger traffic near the center of Southampton. 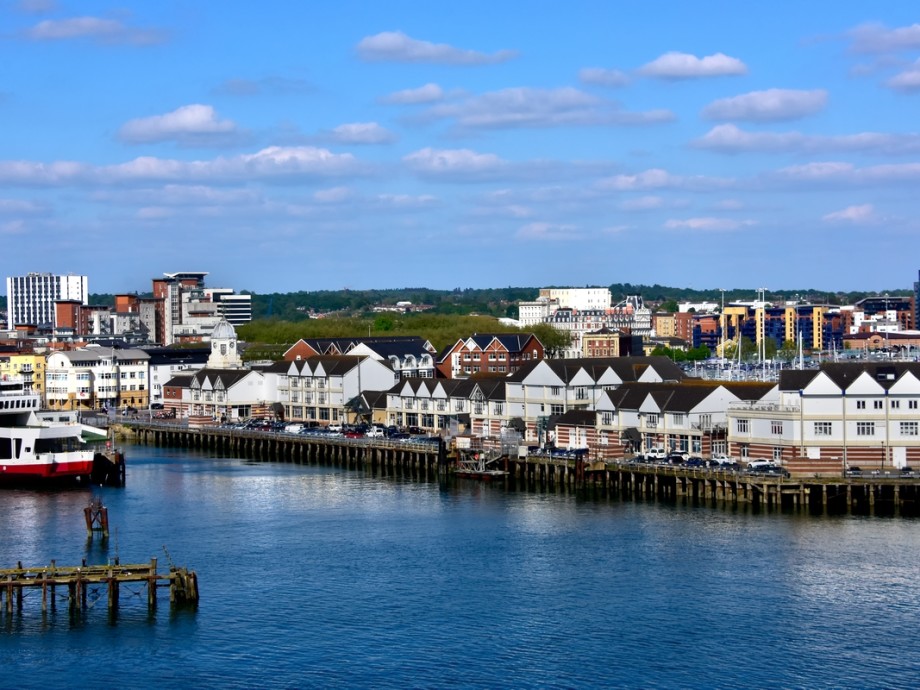 There are no hotels near Southampton within 70 miles