New York City is at the top when it comes to the number of famous landmarks. From the financial district in Lower Manhattan, the dazzling lights of Time Square in Midtown to the Natural History Museum on the Upper West Side, the city is electrified with the sights and sounds of life in motion.

If you prefer a slower pace, consider taking a stroll in Central Park in the center of Manhattan. Sports enthusiasts charter private flights to New York year-round to watch games of their favorite teams including the New York Yankees or Mets, New York Rangers, the Knicks, or the New York Jets.

Newark Liberty International Airport (EWR), 9 miles from Manhattan, is one of the major airports of the Port Authority of New York and New Jersey and is located in New Jersey.

LaGuardia Airport (LGA) is an airport in the northern part of the New York City borough of Queens.

Super Midsize jets, such as the Falcon 50EX, Bombardier Challenger 350 and the Hawker 1000, provide passengers with a comfortable transcontinental flight to New York.

Private jet charter clients flying from Winston-Salem to New York frequently select the Falcon 50EX. This sleek jet offers speed and comfort with its capability to fly at Mach .75 while delivering a smooth ride to the Empire State.

The Hawker 1000 is frequently selected for its spacious cabin and extended range capabilities.

Midsize jet options for private charters from Winston-Salem to New York include the Hawker 850XP, Gulfstream G150 and the Learjet 60XR. Midsize jets typically seat up to 9 passengers.

The Gulfstream G150 can operate at altitudes of up to 45,000 feet and fuel consumption is lower at higher speeds than that of other aircraft in its class.

Private jets clients select the Learjet 60XR for its combination of the best of technology and comfort for safe flight travel. 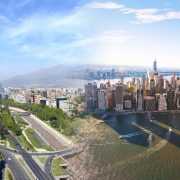