Charter a private jet to / from Fulton County Airport

Mercury Jets is an on demand air charter provider specializing in private jet and turboprop charters in Fulton County Airport.

Fulton County Airport (FTY, KFTY) is a public airport seven miles from downtown Atlanta in the U.S. state of Georgia. The airport serves Fulton County and many of the city of Atlanta’s leading corporate clients. In addition, it is one of only two airports in the region with a 24-hour control tower and the third-busiest airport in metro Atlanta. The 399-hectare facility houses three paved runways, a fire station, and an air traffic control tower. The base runway is 8/26 augmented with a precision instrument landing system and a parallel taxiway. On average, 60,000 general aviation and private aircraft land at Fulton County Airport each year.

When traveling on private jets, customers can choose Fulton County Airport or any other airfield. For maximum passenger comfort, FTY also has two fixed-base operators that provide aircraft maintenance and refueling, as well as a state-of-the-art terminal. The terminal building also has an information center where guests can learn about the weather in Georgia, nearby restaurants, or popular tourist destinations. In addition, there are several modern hotels near Fulton County Airport, such as Quality Inn & Suites, Econo Lodge At Six Flags, Cozy Palace Home, Knights Inn Atlanta, Wingate by Wyndham – Atlanta at Six Flags, Super Inn, Guest Inn Austell, Rodeway Inn At Six Flags, Super 8 by Wyndham Austell.

The price for a private charter to/from Atlanta will depend on the type of aircraft and the distance flown. We provide private jet charter flights to and from Fulton County Airport. 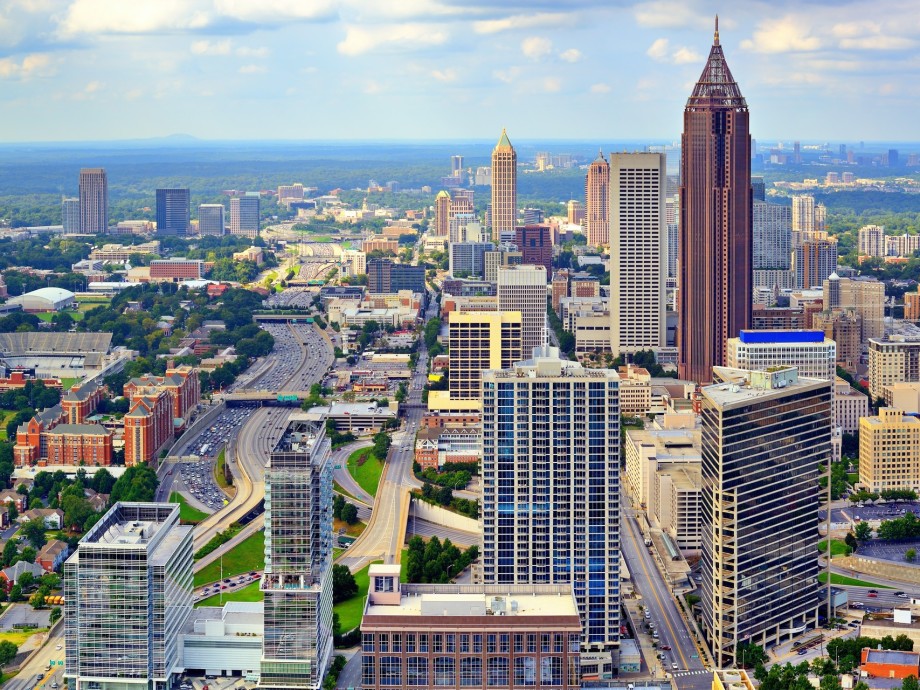 There are no hotels near Fulton County Airport within 70 miles