Mercury Jets is an on demand air charter provider specializing in private jet charter and services in Liverpool, UK. Our team is composed of industry leading professionals dedicated to providing our customers with the ultimate air charter experience. We are committed to safety, reliability and white glove customer service. To obtain a charter quote tailored to your specific needs, please fill in the request form or call our agents 24/7 at +1-212-840-8000.

Private Jet to Liverpool and Place to Visit 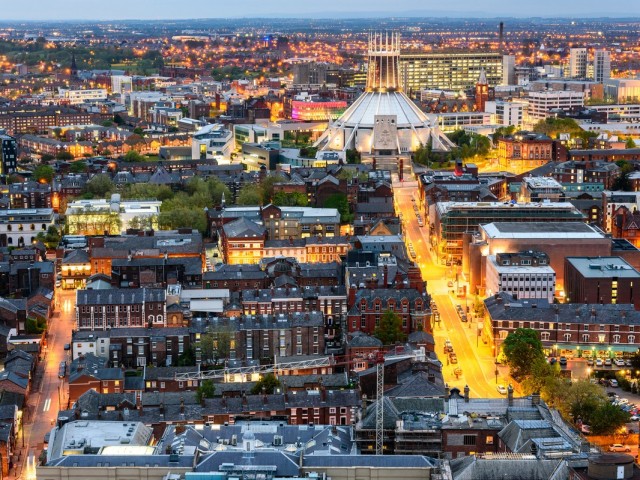 Liverpool is a city in Northwest England, United Kingdom, on the eastern side of the mouth of the River Mersey. Over several centuries, Liverpool has served as one of the country’s most important seaports and a hub for trade, engineering, and shipbuilding. Liverpool is one of Britain’s most rapidly expanding cities because of its rich history and culture, significant role in maritime history, vibrant nightlife, and distinctive attractions. Once you’ve chartered a private jet to Liverpool, you may see the popular destinations include the Albert Dock, Hall of St.George, Royal Liver Building, Liverpool Metropolitan Cathedral, Merseyside Maritime Museum, Tate Liverpool, and Town Hall.

In addition to its stunning old architecture, the city is home to a wealth of recreational opportunities, cultural institutions, and green spaces. The Walker Art Gallery and the Philharmonic are two of the city’s most popular museums, and the second one boasts one of Europe’s finest music venues. With a private jet charter to Liverpool, you may visit one of the museums dedicated to the Beatles, who have been a major icon of the city for many years. Many fascinating artifacts connected to the Beatles’ work are displayed during a tour of “the Beatles Story.” There are recordings, stage clothes, photos, and instruments from the performers’ careers on display. In addition, an intriguing film, shot in 1967, provides visitors with an in-depth look at the musicians’ work. So you have a great possibility to get a closer look at the history of the Beatles, once you’ve rented a private jet to Liverpool.

You may also learn about our world in the World Museum with a Liverpool private jet charter. It offers plenty of fascinating things for everyone, including history and archaeology fans. Archaeological displays and those devoted to the precise sciences and ethnology comprise a sizable portion of the collection. In addition, there is a planetarium nearby, which hosts fascinating lectures every day.

Another significant monument when chartering a private jet to Liverpool is the Albert Dock, which was opened by Prince Albert more than 150 years ago. It is a symbol of the city’s glory when it was a port of worldwide importance. The enormous Albert Dock complex in Liverpool, England, is now home to a wide range of shops, cafés, bars, restaurants, and museums, such as the Tate Modern Art Gallery and the Merseyside Maritime Museum.

In 2008, Liverpool was named the European Capital of Culture, and the city’s famous Pier Head Waterfront has been listed as a UNESCO World Heritage site since 2004. Liverpool is well recognized as a cultural hub. In addition to this, it is also known for being the birthplace of a large number of well-known musicians, such as Gerry and the Pacemakers, The Beatles, Echo and the Bunnymen, Frankie Goes to Hollywood, and many others. The annual Grand National Horse Race is held at Aintree in April. Because of its stunning architecture and vibrant culture, Liverpool private jet charter is a popular destination for tourists and business visitors worldwide.

The Liverpool John Lennon Airport can be found around 7.5 miles south of the city’s central business district. Search private flight rates online for a private jet to or from Liverpool with our private jet price calculator.

How much is a private jet charter to Liverpool?

The cost of a private jet charter to Liverpool can vary widely and depends mostly on the size and capacity of the aircraft. To get a better estimate on the price of your private jet Liverpool, we advise using our online cost calculator tool.

Here are some prices for a private jet to Liverpool:

Which aircraft should I choose for Liverpool private jet?

Mercury Jets have access to an extensive network of private aircraft and provide modern, reliable jets with highly trained and experienced flight crews on board, making a private flight to or from Liverpool an ideal option for a vacation or business trip. Choosing an aircraft for a private charter flight to Liverpool is based on the non-stop range, the number of passengers, comfort level, and the runway size.

When you hire a private jet to Liverpool with Mercury Jets, we take care of all your needs, from on-time boarding to providing comfortable seats that fit perfectly into any budget. Additionally, charter flights to Liverpool for conferences, meetings, special events, or group charter flights can be arranged on regional and VIP airliners.

How to book my Liverpool jet charters?

We provide private jet charter to Liverpool by phone or online booking. Think about how many people will be going on the trip with you and when you’d want to leave while making your plans. We will then arrange the most suitable private jet to Liverpool and attend to other matters.

Are there any luggage restrictions or guidelines on Liverpool private jet?

You may carry as much luggage as possible while booking a private jet in Liverpool. However, the number of checked baggage you may bring on board is limited depending on the aircraft size.

How far in advance do I need to make a Liverpool charter flight reservation?

A private jet to Liverpool must be given at least six hours’ notice before departing from the airport. As a result, please notify us as soon as possible so that we can offer you the plane best suited to your needs.

Popular activities in Liverpool for travelers to private jet

When renting a private jet to Liverpool, you will get to the birthplace of the outstanding band Beatles, one of the remarkable landmarks the Albert Dock, one of the largest museums in the city The Walker Art Gallery and many others. Plenty of clubs, bars, pubs and parties wait fou here. One of the famous clubs is Cavern. It is an excellent place for those who enjoy loud rock music. The famed Liverpool Four gave their debut concert here in 1961, four years after the venue opened in 1957. The club has become a year-round destination for Beatle-themed cultural celebrations and festivals. And here are some other famous sights and places to visit: