Part of the U.S.-made family of turboprop aircraft, the Beech BE90 King Air, offering the flexibility of a propeller plane combined with the cabin space of a jet, is actively used in corporate transportation. It can operate on short runways, providing access to small airports and regional destinations.

A BE90 King Air charter allows seamless travel from Louisville to Chicago, Los Angeles to El Paso, and Kansas City to Dallas. 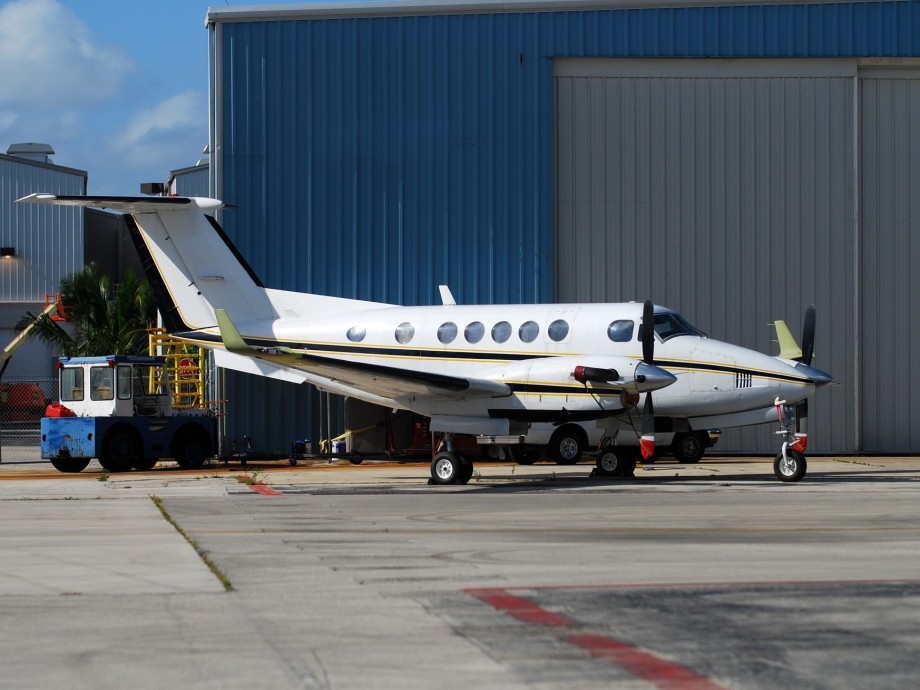 Get Your Instant Quote for Falcon 900 Charter Price Estimate

The King Air BE90 is a striking representative of the Beech Aircraft Company, combining the flexibility of the propeller airplane with the space and advanced technology of a business jet. This model has been produced with many modifications since 1972. As a result, the private aircraft BE90 King Air quickly gained popularity in the business aviation segment and was recognized as the best in its class.

The BE90 King Air jet, with its good range and improved flying characteristics, can quickly reach a speed of 210 knots. The range of the BE90 jet charter, combined with its short runway, makes this aircraft a flexible flight choice, offering access to smaller airports.

The aircraft BE90 is equipped with two powerful Pratt & Whitney engines and the advanced Collins Pro Line 21 avionics system generally found on large jets. Also, the private business jet BE90 King Air has a maximum certified operating ceiling of 30,000 feet. 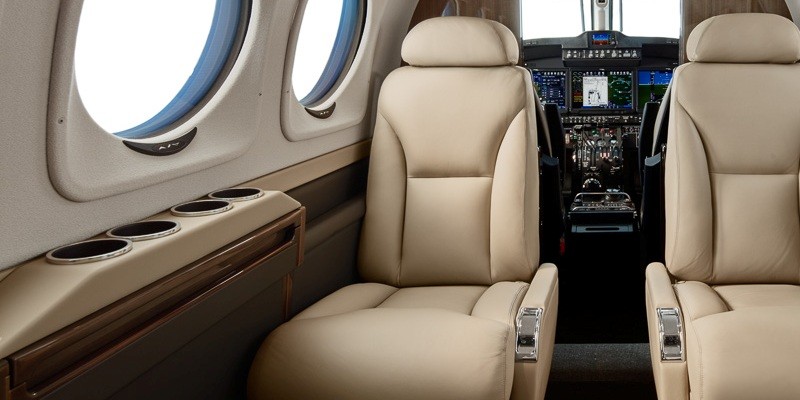 The King Air BE90 aircraft can accommodate two crew members and up to 7 passengers with ample baggage space. Cabin amenities include in-flight, sealed luggage area, and a separate aft toilet.

The BE90 King Air cabin is well-suited for rest and productivity. As a result, all passengers can sit comfortably and enjoy the flight.

Why choose King Air for a private jet charter?

What is the flight range of a Beech BE90 King Air?

How long of a runway does a BE90 King Air need?

A private flight on a BE90 King Air provides flexibility and a wide range of landing locations. It requires only 2,100 feet of runway to land.